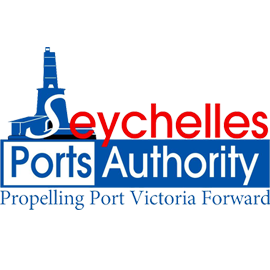 The Seychelles Ports Authority (SPA) will be launching an Expression of Interest (EoI) to procure the services of a qualified, competent and experienced firm to supervise the construction and dredging works for the rehabilitation and extension of the Commercial Port, in the capacity of Engineer.

To secure continuous operation of the port as the country’s sole international sea-freight facility, the project will be undertaken in two phases. Phase 1 will see the construction of the first section of the terminal in Mahe Quay South, in the Ex-Coast Guard area, while approximately 300m of quay will remain operational in Mahe Quay North. This phase is expected to commence around June 2021 and will last 16 months. Once this part of the terminal is operational in 2022/2023, Phase 2 will commence on the old terminal, lasting tentatively 14 months, with the full terminal expected to be operational in 2024.

The works envisaged will include partial demolition of existing deck-on-piles quay structures, the Ex-Coast Guard Jetty, existing warehouses and other buildings; construction of new steel anchored combi-pile quay wall, with concrete capping beam and heavy-duty berth pavement; dredging of harbour basin to deepen the turning circle and berth pockets to -15.5m C.D.; backfilling and reclamation behind new quay wall and to hinterland area with in situ ground improvement works.

The Consultant shall administer the Civil and Dredging Works Contract between SPA and the Works Contractor, that will be procured in the coming months, in the capacity of Engineer, and supervise the implementation of this contract.
This being a project financed by a consortium led by the EIB, the procurement for this consultancy will follow the Guide to Procurement for Projects Financed by the EIB found https://www.eib.org/en/publications/guide-to-procurement. The EoI is expected to be issued within the next 30 days.

Leave your thoughts Click here to cancel the reply

Find a Job in:

JOBO.sc is Seychelles’ best value for money online Job Board offering employers the perfect platform to list their vacancies and candidates the opportunity to find their dream job.

Sign-up for our weekly newsletter for the latest jobs and developments in the Seychelles' employment sector.

Send to a friend